Domestic abuse can happen anywhere to anyone, says IDAS

At a launch event at the Grand Hotel in York on Wednesday 11 November 2015, IDAS (Independent Domestic Abuse Service) announced details of a new campaign which will target people from hard-to-reach groups who are experiencing domestic abuse.
IDAS want to speak to people who typically may not reach out for help, or who may not realise that they are actually victims of abuse – such as parents who are abused by their children, male victims, people in same-sex relationships and those who may be subject to psychological and financial abuse or forced marriages. 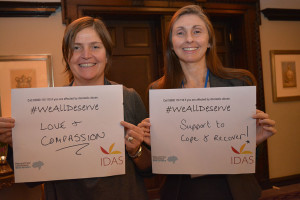 The charity aims to help people recognise abuse by developing publicity and information that all victims and survivors will readily identify with.

IDAS want to encourage potential victims to come forward for support and information, by assuring victims that they will be listened to and supported in deciding what they want to do next.  People can contact IDAS via their 24/7 helpline number 03000 110 110 or via their live chat service on their website www.idas.org.uk.

The campaign, which is funded by the Office of the Police and Crime Commissioner and supported by North Yorkshire Police, will run over the next six months and will involve a social media campaign using the hashtags #wealldeserve #itcanhappenanywhere and #Isurvivedyoucantoo

The key facts that lie behind the campaign are stark: 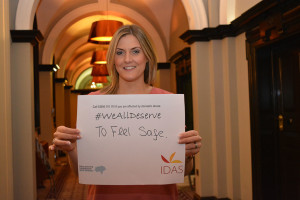 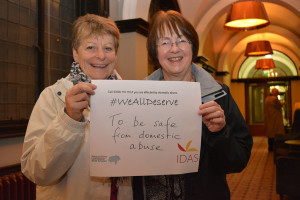 Speaking about the campaign launch Sarah Hill, Director at IDAS said
“IDAS are delighted to be able to launch a new awareness campaign with the support of the OPCC and NYP.  Over the next 6 months, the campaign will provide a range of information about domestic abuse and about the services available for victims of abuse.

“For every person who reports or seeks help because of abuse, four more people do not report or access any support or help at all.  This campaign will reach out to those people and help them access services and support when they need it.  This will increase reporting, reduce risk and help more people live a life that is free from harm and violence.” 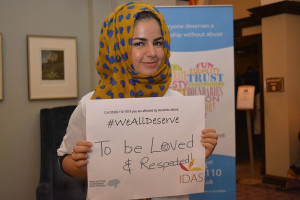 On the importance of the services that IDAS provide, Police and Crime Commissioner for North Yorkshire, Julia Mulligan said:
“We know that domestic abuse is dramatically under reported and so I am really pleased to be able to raise awareness by funding this campaign by IDAS.”
“Domestic abuse can have a devastating effect for everyone involved.  Not only on the victim, but their children and family too.   I urge anyone suffering in silence to contact IDAS where you can receive professional support at any time of the day. If you don’t want to report the abuser or offence to the police, you can still call the IDAS 24 hour helpline or visit the website for help and advice.” 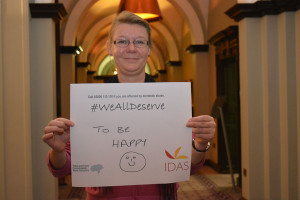 “North Yorkshire Police welcomes this campaign and its focus on reaching those who may not recognise themselves as victims of domestic abuse.

“We work closely with both IDAS and the Police and Crime Commissioner to support victims and keep them safe. We believe the campaign from IDAS is a positive move to connect with victims and offer support and practical advice to help make a change to their lives”

Getting in touch with IDAS