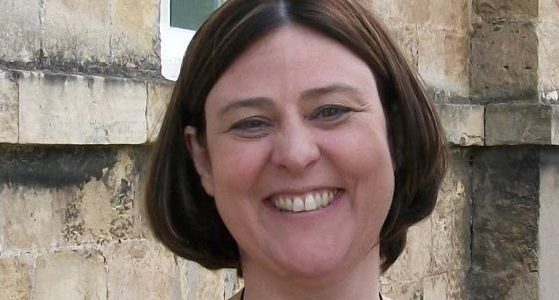 From April 2015, North Yorkshire Police will introduce an innovative approach to investigating volume crime aimed at improving the service to victims and ensuring the force is fit for the future.

Volume crime is defined as the majority of offences that the police deal with such as burglary, criminal damage and theft.

New Investigation Hubs are set to open in Harrogate, Northallerton, York and Scarborough and will work alongside the force’s Serious Crime Teams and Major Crime Unit who will deal with more serious and complex offences.

The Investigation Hubs are designed to streamline the investigative process and will speed up justice for victims, reduce duplication, reduce bail time and free up officers to return to front-line duties. They will be based alongside each of the force’s custody suites.

They will work closely with the new Supporting Victims Unit – which provides simpler, faster support for victims or crime – recently introduced by Julia Mulligan, the Police and Crime Commissioner for North Yorkshire.

The move is part of the Operational Policing Model, North Yorkshire Police’s major project to deliver the Police and Crime Commissioner’s Policing Plan and ensure that the force is effective and sustainable in the face of current and future policing and financial challenges.

The Investigation Hubs will now provide a “start to finish” process for the majority of volume crime investigations, which will begin with a handover from a front-line officer, through the investigative process to charging a suspect with an offence.

They will be made up of detectives, uniformed officers and police staff and equipped with the technology to carry out on-the-spot CCTV processing, drug testing and examination of mobile devices for evidence. This reduces the need for potential evidence to be processed by other departments and therefore reducing time delays in gathering evidence.

The majority of detainees will also be handed over to the Investigation Hubs for processing through custody and for subsequent interviews and enquiries, which often take several hours. This will free up the arresting officer and allow them to get back to front-line duties and spend more time in their communities.

Assistant Chief Constable Paul Kennedy, who is leading the Operational Policing Model, said: “We are taking action now, to ensure that North Yorkshire Police is equipped to deliver a better service to victims of crime, now and into the future, despite the financially constrained times ahead.

“The Investigation Hub concept is a new way of working and has been implemented elsewhere in the country. It has been shown to simplify the way the police interact with victims, and speed up access to justice.”

Mr Kennedy added: “The Hubs are part of a wider project to transform how we work which includes a £10m investment in mobile technology to keep officers out in the community, a £1m investment in enhanced ANPR technology, the closure of underused and outdated custody facilities and the streamlining of intelligence gathering.”

Julia Mulligan, Police and Crime Commissioner for North Yorkshire, added: “The public tell me that their number one priority is their local neighbourhood policing team, and there are other issues such as child sexual exploitation and domestic abuse, which need more resources.

“These demands, alongside a shrinking budget, mean changes have to be made. The investigation hubs will free up local officer time, allowing them to handover detainees rather than spend hours in the station filling in forms.

“The £10m investment in technology, especially in mobile working, will give officers more time out on the beat, rather constantly returning back to base. So taken as a package, the measures now coming into effect will help police officers spend less time behind their desks and more time in local communities.”