The Commissioner is asked to take a decision to approve the co-location of North Yorkshire Police (NYP) with Selby District Council (SDC) at the Doncaster Road, Selby location and the subsequent disposal of the current Selby police station.

The information within this paper demonstrates an opportunity to work closely with the Selby District Council and other partners from a collocated facility in Selby. This will provide up to date premises and reduce the overall running cost of the estate.

This paper provides the Executive Board with information and costs in respect of a proposal to co-locate officers and staff located at Selby police station, Portholme Road, Selby, at the site currently owned and occupied by SDC (Appendix 1 Current & Proposed site location map). Selby police station is not fully utilised or occupied but maintenance costs are still incurred for the whole building, which does not represent value for money. There is an opportunity to co-locate with a key partner in a central, accessible and well known location in an up to date building. A range of services are provided from this location and this would provide a visible and convenient location for the public. The aim of the proposal will be to ensure that co-location with SDC achieves the best use of estates assets in Selby and provides an operationally efficient location and enables a responsible service to be delivered to the community. This will also support the close partnership and collaboration working between the two organisations and the current strategic direction of the NYP Estate.

NYP has an Estates Strategy that seeks to ensure that the Estate is managed as a corporate asset. It ensures that the Estate is proactively managed and maintained, that statutory responsibilities are met and that space is utilised based on requirements for the specific function. This in turn ensures our people have the accommodation they need, that teams are not ‘over accommodated’, supports estates rationalisation and Agile working thus supporting a sustainable NYP.

NYP and the Police & Crime Commissioner (PCC) for North Yorkshire require an Estate, which is responsive to both current and future needs, and so will effectively support service delivery and reduce future expenditure. Co-location with other public sector bodies supports the organisational work stream around Partnerships and Collaboration and the joining up of public sector organisations to secure savings/efficiencies through collaboration. This in turn supports the government’s drive towards better managed public sector assets. Co-location means that property space utilisation is maximised and therefore the estate rationalised and the resulting savings invested in delivering front line services. This proposal will deliver savings for both NYP and SDC in respect of the cost of utilities, management and on-going maintenance.

SDC have identified available accommodation within their premises which would meet NYP’s needs for Selby police station. The proposal is for NYP to enter into a contractual agreement with SDC to lease the NYP occupied space at the new location for a long term lease, under a Heads of Terms agreement to be subsequently approved once drawn up by the organisations legal teams (Appendix 2 building plan).

The proposal is also consistent with the core co-location and collaboration ethos of the Estates Strategy.   It will meet functional needs and will provide benefits to both NYP and SDC through enabling closer working. The current costs of running Selby against the estimated costs of running the new facility are estimated to produce a total saving of £3,615,000 over a 30 year lease term.

The co-location costs associated with this proposal are included in part 2 of this Decision Notice which is restricted due to being deemed commercially sensitive and for the information of the Commissioner.

It is recommended that:

It is also recommended that the Commissioner gives approval to progress the disposal of the current Selby police station, following the completion and re-location of staff at the new Selby site.

The Estates Strategy has reviewed, from both an operational and corporate point of view, the needs of the organisation and how NYP can take an alternative approach to make the estate better and more affordable. Selby police station is not fully occupied or utilised and as a result NYP has been actively seeking suitable alternative accommodation. The search for such premises started with an extensive search of all commercial premises and of co-location opportunities with partners in Selby and the nearby surroundings areas. There is one officer from the Safer Selby Integrated Neighbourhood Management Hub already located within Selby DC offices (the Safer Selby Integrated Neighbourhood Management Hub is an agreement between NYP, SDC, North Yorkshire County Council (NYCC) and other partners to work together more closely to make Selby a safer place. The aim is that all of the organisations work in a victim-focused, sustainable way, making sure there is an effective response to safety concerns as early as possible, before the issues become more serious.

In November 2014 NYP entered into dialogue with SDC regarding having a shared facility on their premises at SDC. SDC have state of the art office facilities which promote open and agile working, which is also consistent with the ethos of the Estates Strategy. Following meetings and discussions with SDC, drawings, floor layouts and cost options have been developed. It was identified at an early stage that additional capacity was required to meet operational need for locker storage. In order to accommodate the lockers a 110m² single storey extension is proposed.

The existing entire SDC building is 3046.1m2. NYP is seeking to occupy approximately 230m² which will be approximately 8% of the building. The NYP only areas will compromise a briefing room, Voluntary Attendee room, lockers and a temporary Exhibits storage. There will be some shared space which will consist of reception area, toilets, showers and kitchen facilities. In addition NYP will have access to 8 meeting rooms of various sizes and private meeting pods which are available for booking.

This proposal requires a new single storey extension to be built and the existing car parking facilities would need to be extended to meet operational requirements. The car park would extend over existing land owned by the NHS. This is subject to further negotiations following initial discussions.

The car park and extension would be subject to receiving approved planning permission.

There is expected to be annual running cost savings for both organisations. Further detail is provided in the private part 2 of this decision notice, which is restricted due to being deemed commercially sensitive and for the information of the Commissioner.

The recommendations in this Decision Notice are offered on the basis that they will fully support the Police and Crime Plan priorities as follows:

It is envisaged that the re-fit element of the new facility would begin in the spring of 2016 and that NYP will begin to occupy the building towards the end of 2016.

The budgeted costs for project are included in part 2 of this decision notice as they are commercially sensitive.

There will be on-going service charges at the new site which are also in part 2 of this decision notice as they are also commercially sensitive. These will be subject to further scrutiny before being finalised in the Heads of Terms agreement.

The below table should include who has been consulted and their feedback. Not all departments will need to be consulted with on every proposal, however, they should all be considered:

Financial Implications/Value for money:
The proposals to relocate the services provided from Selby Police Station, which in total provides 1400m2 of space within the NYP Estate, to a shared facility with Selby District Council needing only 340m2 of space, will deliver significant financial savings for NYP.

From a Capital Investment perspective, the sale of Selby is expected to generate more funds than the contribution that NYP is expected to need to make to the extension of the building owned by Selby District Council.

All numbers within this Decision Note are indicative, should prove to be on the conservative side and will be firmed up and agreed through formal agreements, should the Commissioner agree to proceed.

Overall the PCC CFO believes the proposals set out within this Decision Note, if fully delivered, will provide excellent value for money and should generate significant savings should the Commissioner wish to proceed.

Legal Implications:
Having read this report and having considered such information as has been provided at the time of being asked to express this view, the Acting Force Solicitor and Head of Legal Services is satisfied that this report does not ask the PCC for North Yorkshire to make a decision which would (or would be likely to) give rise to a contravention of the law.

Any necessary legal work concerning the lease arrangements will be overseen by Joint Corporate Legal Services.

Human Resources Implications:
This decision notice outlines a proposal which will, if implemented have an effect on the workforce currently employed at the Selby site. Full consultation with staff and a continuation of discussions with their representing bodies will be required as plans reach an appropriate stage to ensure that all decisions and their resultant activities are implemented with the appropriate consideration of any staff concerns.

Only where material is properly classified as Restricted under the Government Protective Marking Scheme or if that material falls within the description at 2(2) of The Elected Local Policing Bodies (Specified Information) Order 2011 will the Commissioner not disclose decisions and/or information provided to enable that decision to be made. In these instances, Part 2 will be used to detail those matters considered to be restricted. Information in Part 2 will not be published.

All decisions taken by the Commissioner will be subject to the Freedom of Information Act 2000 (FOIA).

Is there a Part 2 to this Notice – YES

If Yes, what is the reason for restriction:

The Chief Constable is of the opinion that the information included in part 2 falls under Section 2(2) of The Elected Local Policing Bodies (Specified Information) Order 2011.

The information included in Part 2 is properly classified as Restricted due to being commercially sensitive. 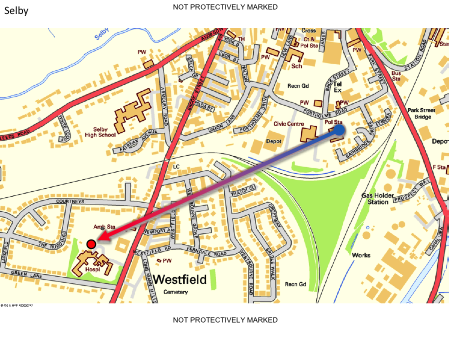 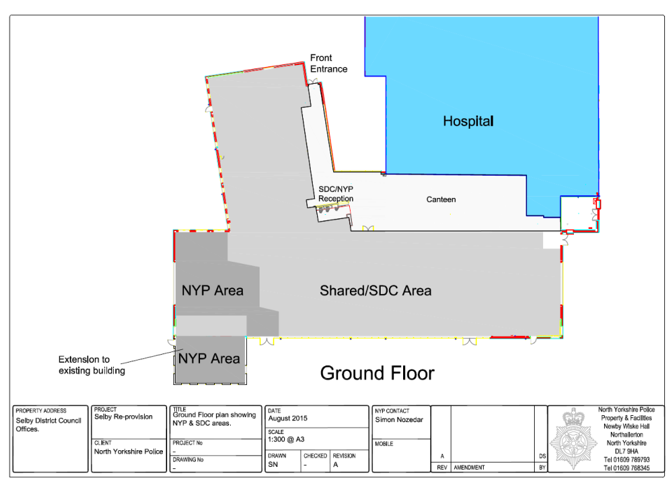