North Yorkshire Police has today announced the launch of a new City Task Force to crack down on crime in York.

The new City Task Force will be responsible for proactively disrupting those involved in criminality, targeting specific crimes and night time economy related ASB in the city.

Consisting of a include a police sergeant and seven police officers, the team will work to address city issues and concerns working collaboratively with a range of public and private partners Neighbourhood Policing colleagues.

They will also support and safeguard vulnerable individuals and groups within the community to prevent them from becoming victims of crime or disorder and seek to identify a range of approaches to manage and divert those at risk of reoffending to reduce their impact on the community.

Earlier this year, Police, Fire and Crime Commissioner, Julia Mulligan pledged to increase police officer numbers in order to increase visible local policing. With this increase, in addition to the new City Task Force, there are a number of new teams being formed across the force, which brings a number of new and exciting roles, to help North Yorkshire Police to deliver the best service to the public.

“I hope the new City Task Force means that residents and businesses see a more visible policing presence on the streets of York and I know that will be welcomed by those who live and work in the city. North Yorkshire Police officers are doing positive work day-in, day-out to keep us safe and feeling safe in York and across North Yorkshire but it is important we see that work taking place and have the confidence that when we need support, it is available. This new Task Force, a direct result of the difficult decision to increase the amount we all pay for policing in our council tax bills, is an important step in achieving that.”

“No community should have to tolerate persistent crime and anti-social behaviour. We want our public spaces in York to be somewhere that local people and visitors feel safe and confident and where people who are intent on committing crime and disorder do not.

“Our new dedicated City Task Force is founded upon an innovative group of officers with a vast amount of experience between them in delivering an effective and high-quality police service.

“A key part of their work will be enhancing our visibility and partnership working in the neighbourhoods we serve in addition to delivering a coordinated and intelligence led approach to tackle the concerns and issues that affect and matter most to the people of York.”

Sergeant Dave France of North Yorkshire Police who will oversee and coordinate the taskforce said:

“Local policing continues to be at the heart of what we do and we aim to strengthen our ties with the communities that we serve in our bid to keep people safe.

“We’ll be working collaboratively to address community issues through the use of problem solving by integrated working with a range of public and private partners, building trust and confidence and developing a detailed understanding of the community.

“Community engagement will also be a key a component to the work of the taskforce in preventing and deterring crime in the area. We’d encourage residents to remain vigilant, share information and report crime in their area.

“I’m looking forward to leading this dedicated policing team, providing a highly visible presence that is accessible to, responsible for, and accountable to the people of York to tackle the issues and concerns that are most important to them.”

The new City Task Force will be in place from Thursday 5 September 2019.

You can contact the team via email at snayorkcity@northyorkshire.pnn.police.uk or dial 101, select option 2 and ask for the City Task Force. For all other enquires please ring 101. Always dial 999 if you are in danger or in an emergency. 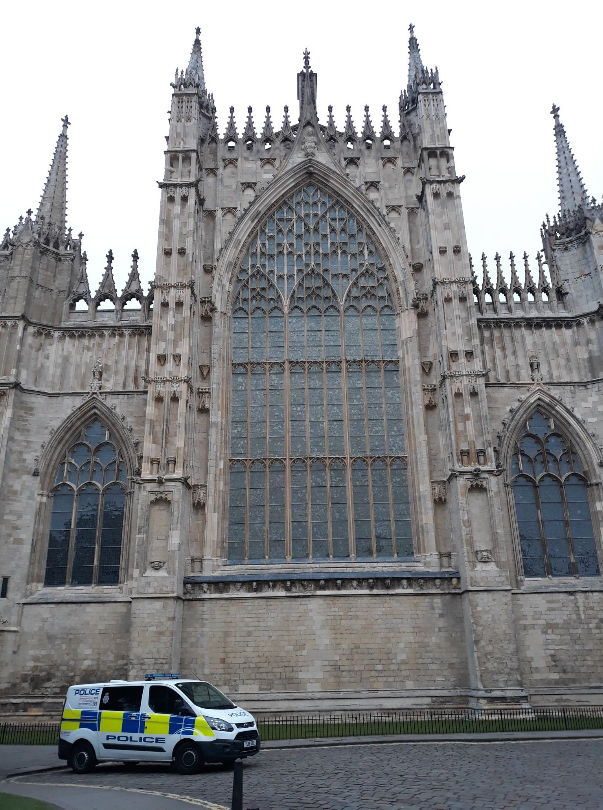