A new report which showcases how Police and Crime Commissioners (PCCs) are tackling concerns raised by Black, Asian and Minority Ethnic groups (BAME) in their areas has been published. 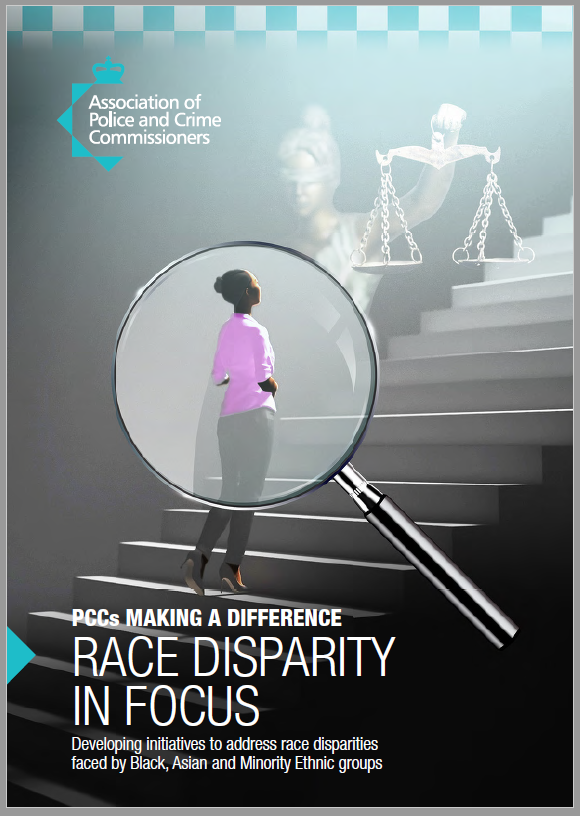 ‘Race Disparity In Focus’, compiled by the Association of Police and Crime Commissioners (APCC), features the work of 20 cross-party PCCs from across England and Wales. It contains details of initiatives such as:

“Following the death of George Floyd in America and the subsequent resurgence in the Black Lives Matter movement, there is, justifiably, a renewed spotlight on issues of racism and disproportionality in policing and criminal justice.

“Police forces must continue to strive to reflect the wider community they serve and treat everyone with respect. Whilst progress has been made, more needs to be done. Race disparity will only foster public mistrust of the police and the justice system, and consequently hinder the police’s ability to promote public safety and policing by consent. We know that many communities are also particularly concerned about disproportionality in the application of stop and search and more recently in the issuing of fixed penalty notices for breaking Covid-19 rules.

“Whilst we acknowledge that race disparity is symptomatic of wider problems in society, we believe there are concrete actions that PCCs can take to help reduce disparity in policing and criminal justice.

“We are determined to act: so, the APCC has established a Race Disparity Working Group, bringing key APCC portfolios together to develop our response to issues and concerns in relation to race disparity and disproportionality within policing and the wider criminal justice system. The ‘Race Disparity In Focus’ report complements the work of the APCC Race Disparity Working Group, and provides examples from 20 cross-party PCCs on what they are doing locally to tackle race disparities faced by Black, Asian and Minority Ethnic groups (BAME) in their areas.

“As the only elected PCC from a BAME group, I really welcome this report which demonstrates the proactive work PCCs are doing to try and address race disparity in their communities.

“PCCs are directly elected to represent their local communities and hold their Chief Constables to account and are therefore best placed to ensure that representation within policing is fair and equitable and that the application of police powers is proportionate. They are committed to ensuring that the principle of ‘The Police are the Public and the Public are the Police’ is worked towards and achieved, and that we deliver against the important commitments set out in the NPCC Equality, Diversity and Inclusion Strategy.”

“The police workforce now has the highest number of officers from Black, Asian and Minority Ethnic backgrounds in this country’s policing history, but there is still more to be done – we cannot be complacent.

“We will continue to work closely with PCCs to ensure the police workforce better reflects the diverse communities it serves and protects, and it is extremely encouraging to see the efforts that are being made across the board.

“For both the Home Secretary and I, our ambition to change the face of policing knows no bounds. We remain committed to working with essential partners, such as the Race Disparity Working Group and others, to ensure progress is accelerated.”

Featured in the report 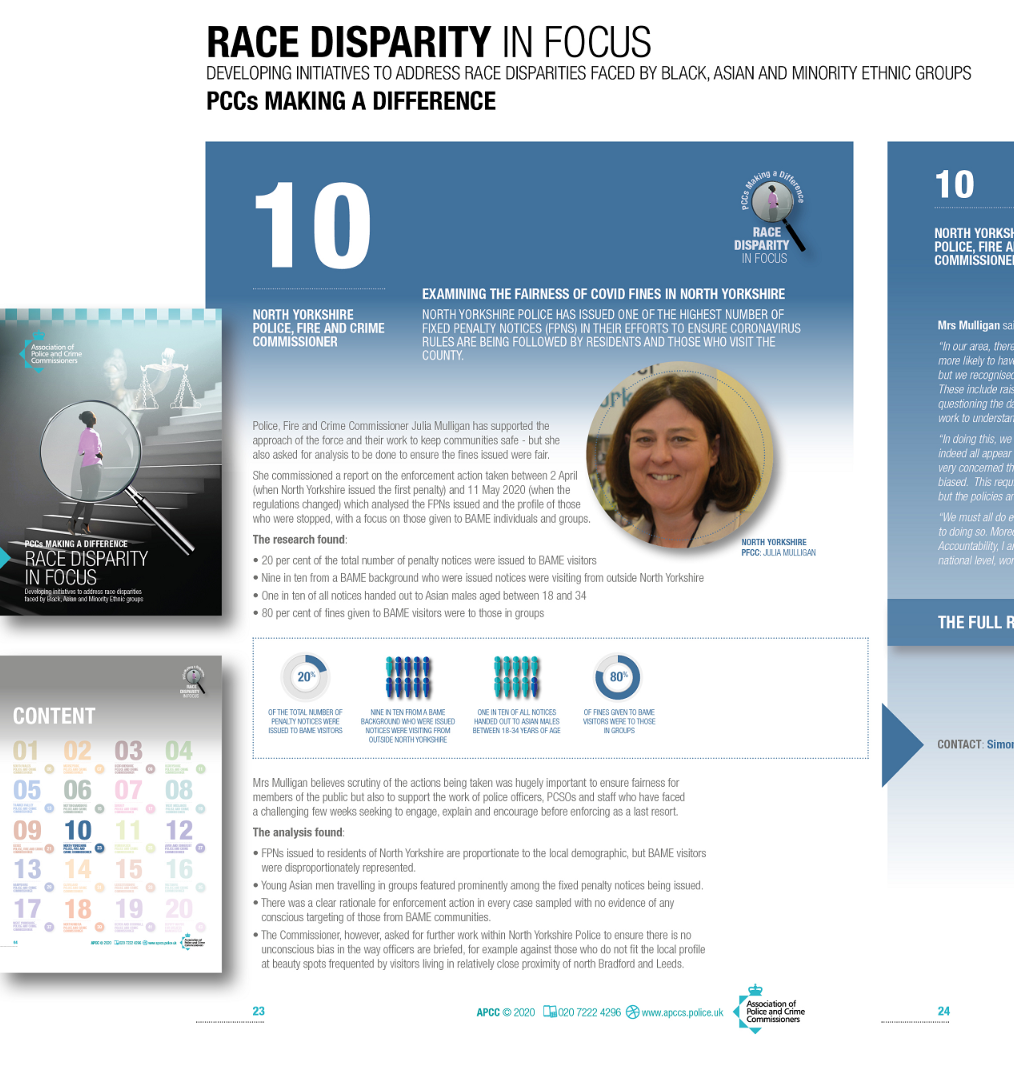 Examining the fairness of covid fines in North Yorkshire

North Yorkshire Police has issued one of the highest number of fixed penalty notices in their efforts to ensure coronavirus rules are being followed by residents and those who visit the county.

Police, Fire and Crime Commissioner Julia Mulligan has supported the approach of the force and their work to keep communities safe – but she also asked for analysis to be done to ensure the fines issued were fair.

To discover what the research found:

Download ‘Race Disparity In Focus’ and find out more

Julia Mulligan is Police, Fire and Crime Commissioner for North Yorkshire
Paddy Tipping is APCC Chair and PCC for Nottinghamshire
Hardyal Dhindsa is PCC for Derbyshire