Home - News - Taking Over Behind the Scenes at North Yorkshire Police

Taking Over Behind the Scenes at North Yorkshire Police

North Yorkshire Youth Commission member Georgia Morgan spent a day at the Police's Procurement Department as part of the Takeover Challenge Day. This is her story.

At the end of last year, I attended a Takeover Challenge Day at North Yorkshire Police Procurement Department at Headquarters in Northallerton. It was a great opportunity, to learn about  Buying/Purchasing as one of the career pathways I aspire to.

The takeover day gave me the chance to investigate different roles within the Procurement Department. The Morning’s activities were supervised by James Buckley and were focused around the purchasing department. I learnt the differences between buying in the public sector compared to in the private sector, the main distinguishable factor is that in the public sector you are dealing with the public’s money, and the procurement officers put that at the forefront of most decisions. The activities with James were enjoyable, and it reassured me that Buying is a career I would like to progress in. 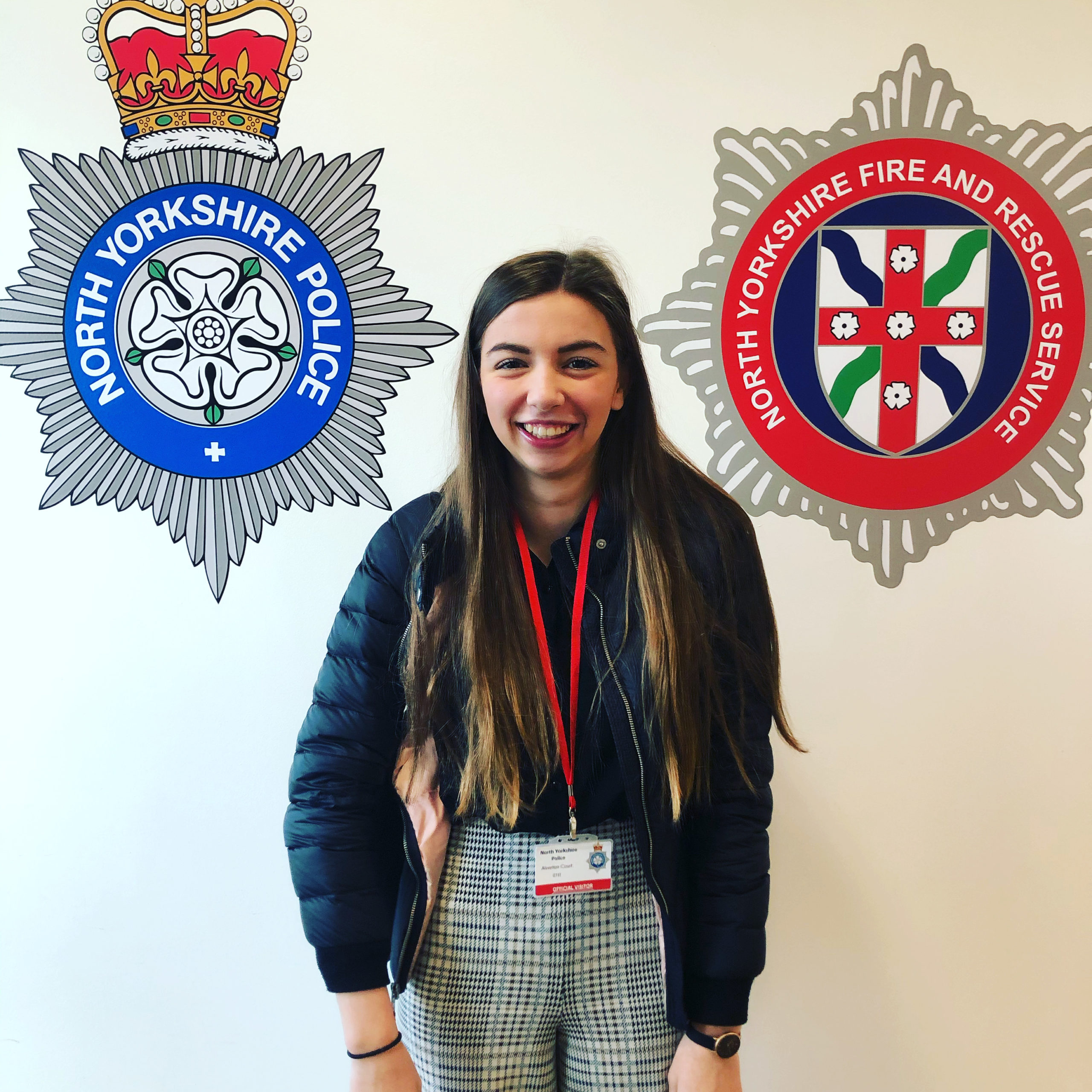 The day was organised by Ashley Salt, the Senior Procurement Officer. I had asked for the opportunity to ask him some questions about his role. We had an interesting conversation ranging from education and the pressures young children are being put through, to climate change, to my career choices. Through our conversations I started to become aware that Ashley treats everyone equally whether they are different in age, gender, race or wealth. This is because ‘we are all human’ and his personal experiences of moving away from ‘The City’ and realising there is something in life beyond work and money, have shaped the way he does his job.

Ashley believes that his job is about supporting the front line by protecting their safety. He believes that young people are unaware that his job exists as it’s not a normal career. When I hear the term police, previously I never even thought about the people behind the scenes, although Ashley says it around a 50/50 split on staff to officers. Due to young people being unaware of different jobs, such as a Procurement Officer, Ashley believes it’s the main challenge of people progressing people into his career, and that jobs like these need an increase in awareness and promotion.

Both Ashley and I learnt lots throughout the day. Ashley learnt about how interesting it is to hear the views of young people, but also, he realised that his career has been worthwhile and rewarding. Ashely closed the interview saying that young people deciding on their career pathway should choose what they enjoy doing. Furthermore, the Takeover Challenge Day, gave me the opportunity to see Buying in a workplace, the difference between procurement in public and private sectors, and it also reassured me that Buying is a career I would love and enjoy doing.

So all that’s left to say is thank you to all those involved who provided me with such an amazing opportunity!