Youth Commission gives youngsters a voice on policing and crime

More than 800 young people have been surveyed on issues affecting their lives—with the results presented to some of North Yorkshire Police’s top decision makers.

North Yorkshire’s Youth Commission consists of a group of more than 30 young people aged 14-25 who as part of a ‘Big Conversation’ have been tasked with influencing decisions about policing and crime in their county.

Originally set up as a pilot in 2015—with funding from the Police and Crime Commissioner, Julia Mulligan’s Community Fund—the group is in the process of gathering views of a diverse range of 4,000 of their peers by February 2018.

They are running workshops and outreach stands across the county, actively listening to young people’s views and solutions for six key topics that they feel passionate about, these include:

Earlier this week, the Youth Commission Interim Conference took place, kindly hosted by Harrogate Grammar School, where the findings so far were presented to the Commissioner alongside key members of the police.

“The Youth Commission can help police to listen more and understand young people, and together, moving forward they can create those positive relationships.”

The research, although still ongoing, has already contributed to changes in the way ‘Stop and Search’ is carried out, after Youth Commission members met with NYP officers and suggested improvements to the Stop and Search record form.

Samantha added: “It’s not about the actual procedures, it’s about understanding cultures, attitudes and language and it’s about having those positive interactions.

“Policing and crime is a delicate topic and it can be quite challenging to get people to open up about it, but actually, what the Youth Commission shows, is that if you give young people that space and that time to feel comfortable about these topics, they really open up and provide some fantastic innovative solutions on how to improve policing in the future.”

A Youth Commission member from York, who has had first-hand experiences with the police, wants to see improvements in the way the force deals with missing young people. He said: “I’ve had a few bad experiences with the police while I was missing. It’s a key subject that I want to promote because I think there should be more training to do with how the police deal with missing young people.

“I have spoken to a few police officers who agree that there should be more training in how to deal with young people, and I feel that’s very positive because they are now recognising what they need to do and how to approach young people.”

The Youth Commission reports back to the Police and Crime Commissioner, who congratulated them on their hard work at the event on Monday. Julia said: “When I met the Youth Commission members, I was inspired by their enthusiasm and the work they’ve done.  It’s invaluable and allows us to look through the eyes of young people to gain a better understanding of their concerns and how they feel the police could help and support them.

“I was equally interested to hear the specific findings from the Youth Commission, but the important bit is what happens next.  We now need to see how this important feedback changes how the police interact and engage with young people in North Yorkshire, hopefully improving the relationship and being more responsive to the issues the Youth Commission highlighted.”

The next Youth Commission conference will be held in 2018 where the members will present results and recommendations from 4,000 views. From this they will continue to work with North Yorkshire Police to actively develop recommendations for change.

The project is being delivered by social enterprise ‘Leaders Unlocked’, who help organisations to engage effectively with young people. 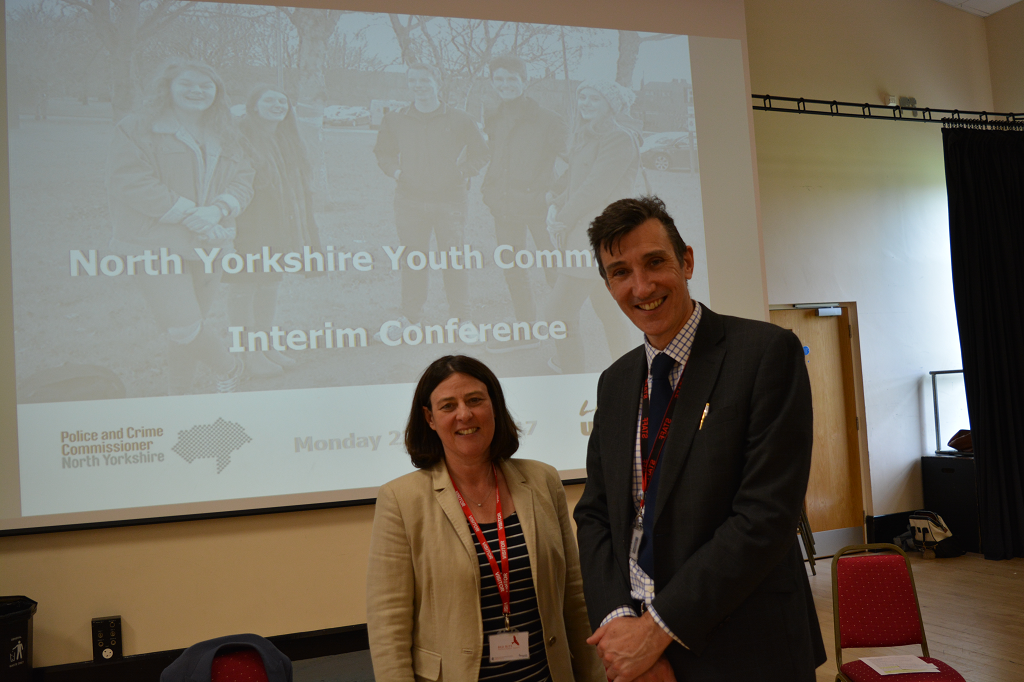 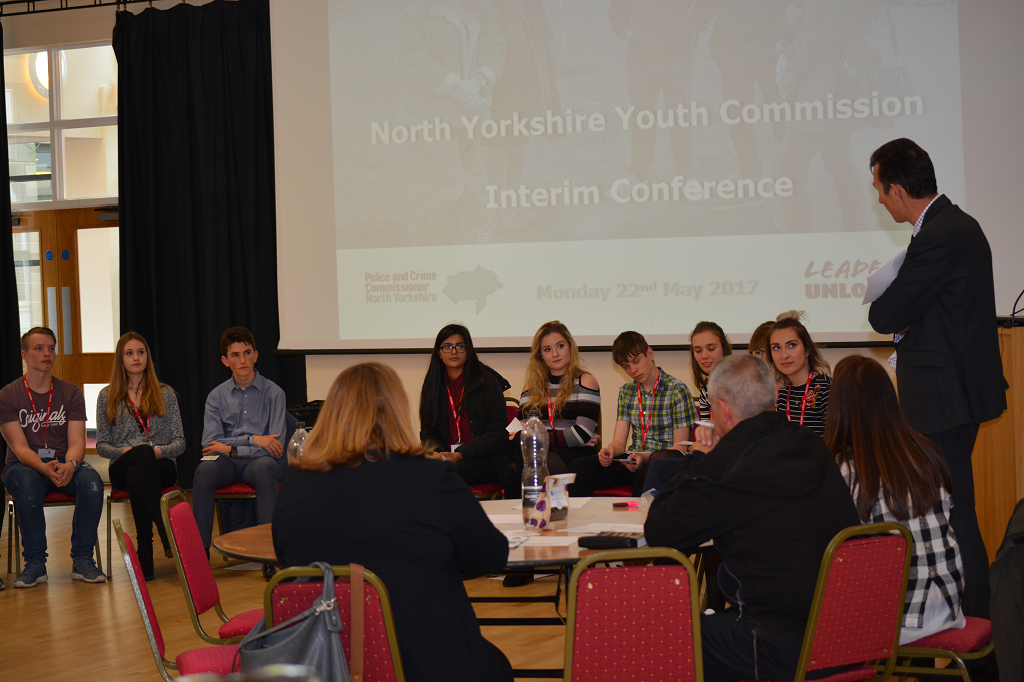 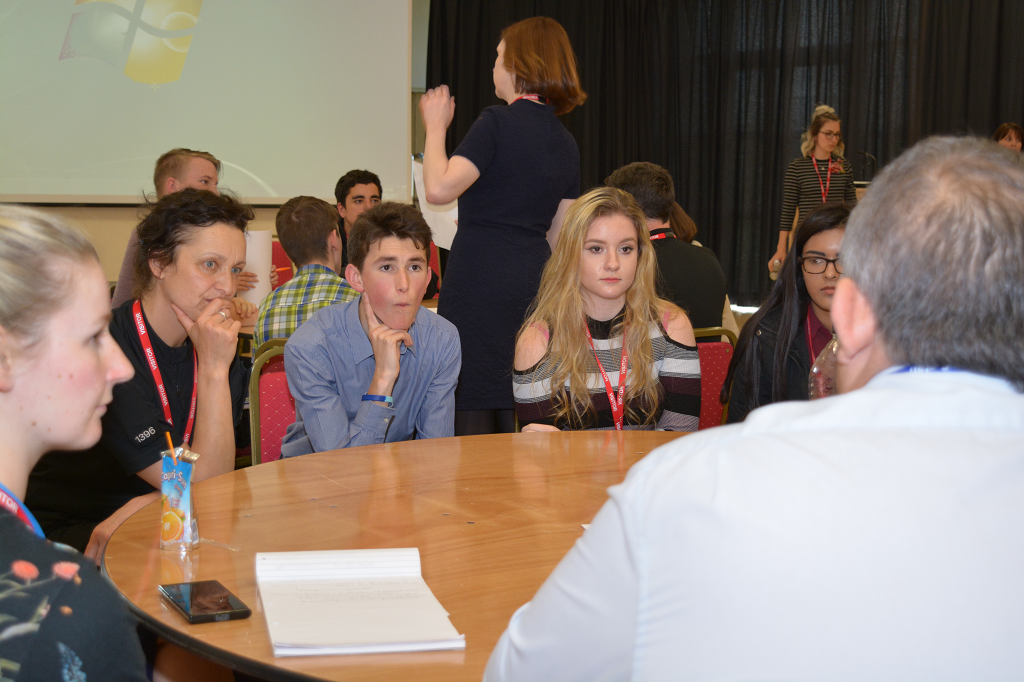 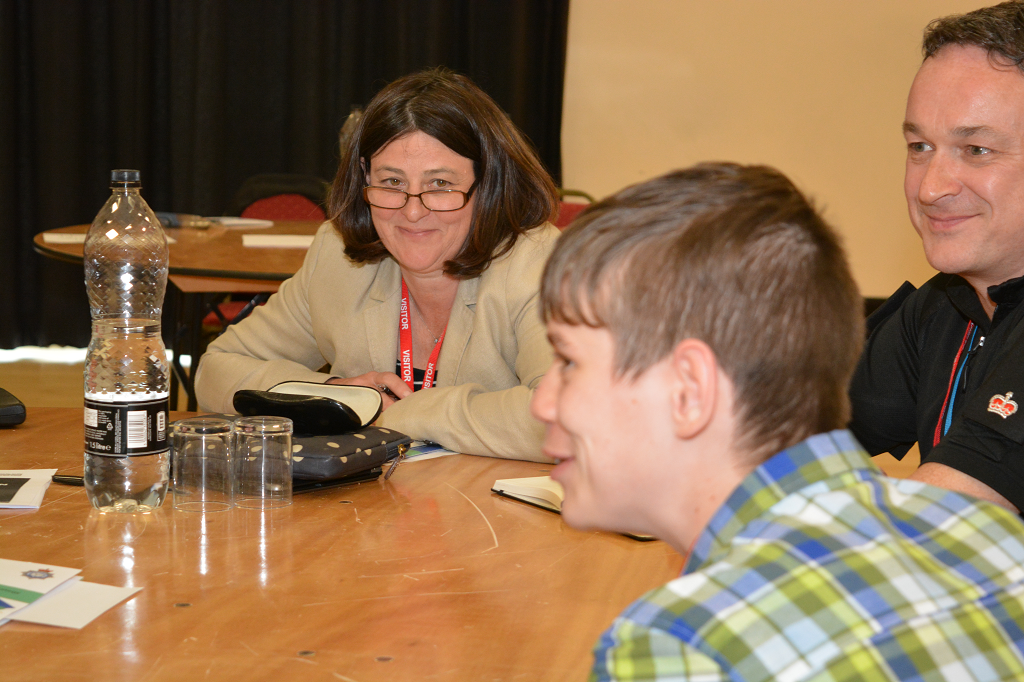