Independent custody visiting is a vital element of the work of the Office of the Police, Fire and Crime Commissioner in ensuring the police service is open and accountable to the people it serves. The Scheme works to Home Office guidelines.

Are you looking for a volunteering opportunity that will challenge you, give an insight into the criminal justice system and ensure the protection of detainees in custody suites? Look no further, we have the role for you.

Visit our vacancies page to find out how to apply 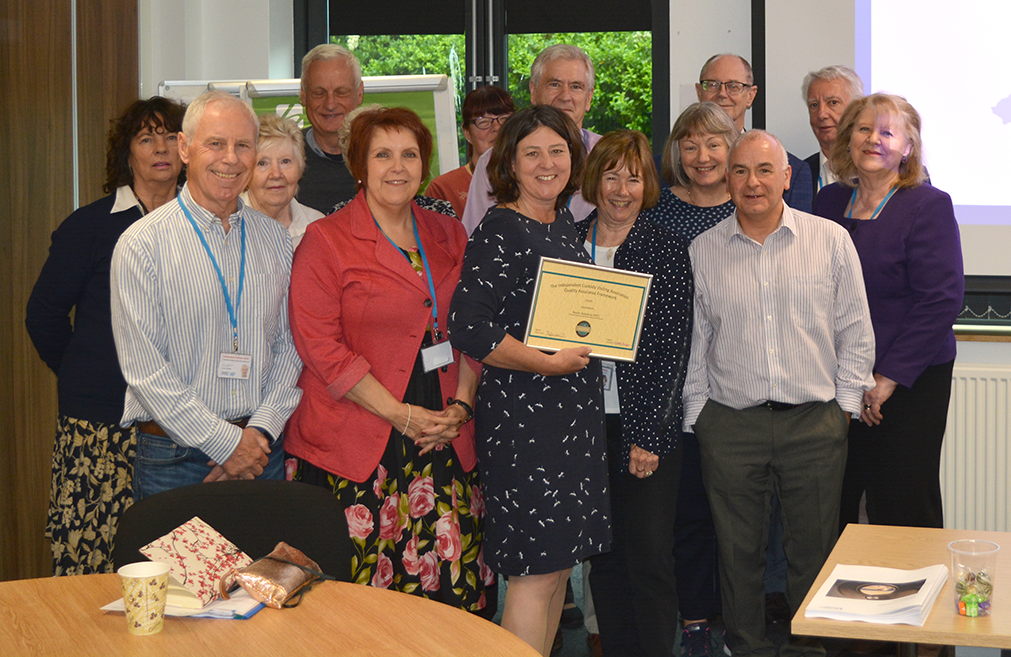 A fitting end to #VolunteerWeek2019.

Who are Independent Custody Visitors?

Independent Custody Visitors are members of the local community who visit police stations unannounced to check on the welfare of people in police custody.

They come from a variety of backgrounds and sections of the community. They must be over 18 and have no direct involvement in the criminal justice system, for example, as serving police officers or special constables or magistrates.

Other people such as solicitors or probation officers may be excluded, to prevent possible conflict of interests for the individual. This maintains the independence of the scheme as a whole.

How are Independent Custody Visitors selected and trained?

Volunteers wishing to become Independent Custody Visitors complete an application form. Then they will be invited to attend an interview.

Successful applicants attend a one-day training course which familiarises them with the workings of the Scheme and provides them with the necessary knowledge and understanding of detainees’ rights and police responsibilities.

The training programme comprises multi-media presentations combined with practical and theoretical exercises which cover all aspects of custody visiting. This is complemented by a set of guidelines and the basic principles of the Police and Criminal Evidence Act (PACE).

All volunteers are issued with an official identity card which they must use when visiting.

Newly appointed Independent Custody Visitors complete a probationary period, following which they are appointed for an initial term of three years, renewable at three-yearly intervals up to a maximum period of nine years.

What policies cover the role of independent custody visitors?

The Police, Fire and Crime Commissioner will provide each Independent custody visitor with a written volunteer agreement summarising their agreed responsibilities and the legitimate expectations of both parties.
ICV Volunteer Agreement

When and where are visits made?

What happens when Independent Custody Visitors make a visit?

Independent Custody Visitors may occasionally be denied immediate access to the custody unit for safety reasons and asked to wait. For their protection the interviews with detainees are normally carried out within the sight, but out of hearing of, the escorting officer.

A report is completed after each visit which provides an insight into the running of the custody area at the time of the visit. Copies of the reports are provided for the police, the Police, Fire and Crime Commissioner and the coordinator of each independent custody visiting panel. They provide a vital source of information on the custody environment and the welfare of detainees. The information is analysed and any areas for action are highlighted.

Independent Custody Visitors must treat as confidential the details of what they see and hear on their visit.

The frequency of visits to custody facilities varies depending on the throughput of detainees at each location. An analysis of these figures produces a target number of visits for each location. Currently each independent custody visitor makes between ten and 15 visits per year, depending on his or her location. It is not anticipated that this commitment will change in the foreseeable future.

The North Yorkshire Scheme involves three panels of independent custody visitors. These are based at:

This reflects the centralised custody arrangements in place in the North Yorkshire Police area. Members of each panel visit the main designated police station in their area.