The historic AJ1 vehicle registration mark is to be sold by North Yorkshire Police.

The plate was the first registration number issued in the North Riding of Yorkshire when vehicle number plates were introduced in 1903. Its first use was in that year on Chief Constable Major Sir Robert Bower’s Argyll car.

The number plate is no longer in use and North Yorkshire Police, Fire and Crime Commissioner Julia Mulligan and Chief Constable Lisa Winward have agreed to sell the AJ1 mark commercially with the money raised invested in two projects.

The first will be to support work improving the Memorial Garden in the middle of North Yorkshire Police Headquarters at Alverton Court.

The money will be used to move the current stones, repair them and protect them for the future. It would also be used to commission a new memorial obelisk to honour those North Yorkshire Police and North Yorkshire Fire and Rescue Service officers and staff that have fallen in the line of duty, and also colleagues and friends of the organisations who have passed away.

The second project would be to invest in community road safety with a new ‘AJ1 Project’ fund.

Parish Councils and community organisations will be invited to submit bids for small projects which would make a real difference to road safety in their areas. Projects funded by the new community road safety fund, will be asked to display a replica AJ1 sign with information on how the scheme has been funded.

The right of assignment of the registration number, the legal definition of disposing of the AJ1 mark, will be sold at auction.

AJ1 is going under the hammer during a Prestige Number Plate Auction at Wilsons Auctions, the UK and Ireland’s largest independent auction company, on Thursday 27 June at 7pm. Online bidding will be available at www.wilsonsauctions.com

“North Yorkshire residents tell me they want to ensure as much investment as possible goes into making them safe and feel safe. The historical link of the AJ1 registration is important to North Yorkshire, but the plate is worth a considerable amount of money, which I believe could be better spent.

“The two projects we aim to support have been carefully chosen. By investing in the memorial garden at North Yorkshire Police headquarters, we are ensuring the sale goes towards honouring the history of the force and those who have paid the ultimate price in protecting us.

“While we also wanted to ensure the AJ1 mark lives on in North Yorkshire and, by supporting community road safety projects, we aim to protect those who use our roads and who live alongside them.” 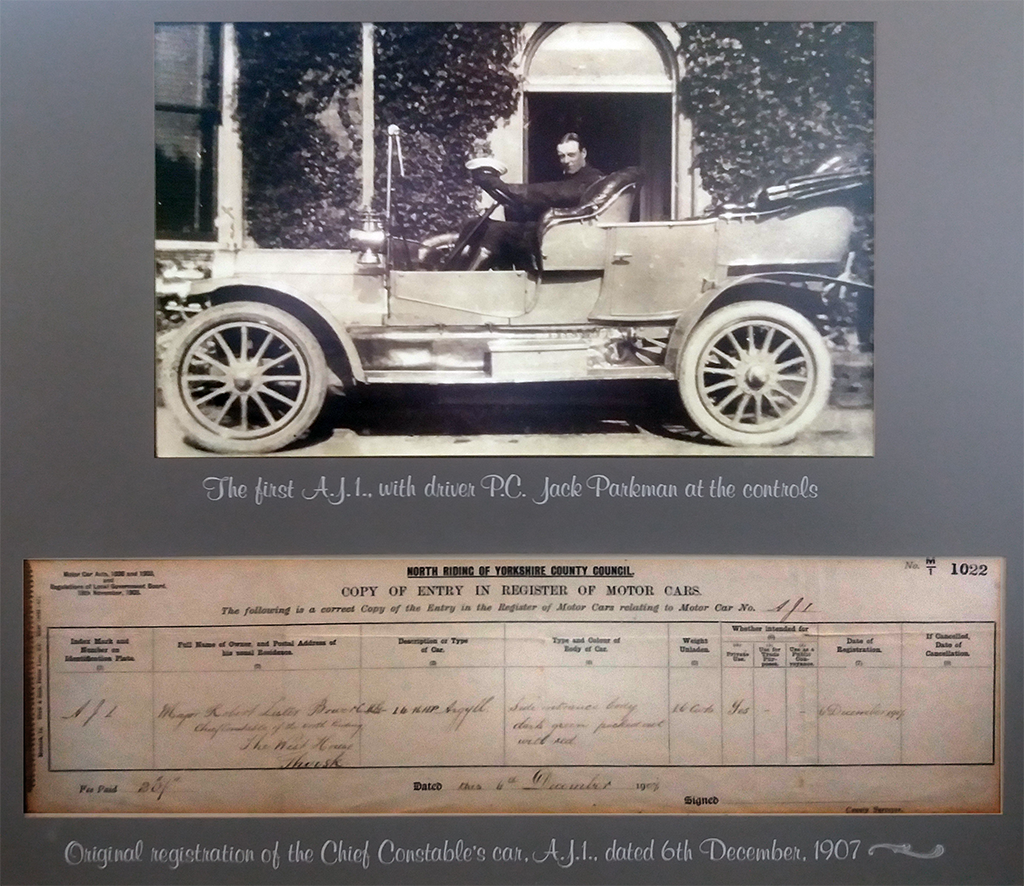 The first series of vehicle number plates issued in the UK was in 1903 and ran until 1932, consisting of a one or two-letter code followed by a sequence number from 1 to 9999.

The code indicated the local authority in whose area the vehicle was registered. In England and Wales, these were initially allocated in order of population size (by the 1901 census) – A indicated London, B indicated Lancashire and so on up to Y indicating Somerset, then AA indicated Hampshire and AJ indicated the North Riding of Yorkshire.

THE historic North Yorkshire vehicle registration number AJ1 has been sold at auction, achieving a remarkable hammer total of £243,000.

The money realised at the auction will be returned to North Yorkshire Police and invested into the local community through two projects. The first will help to support work improving the Memorial Garden in the middle of North Yorkshire Police Headquarters at Alverton Court and the second will see investment in the community road safety with a new ‘AJ1 Project’ fund.

Speaking of the number plate’s success, auctioneer John Ardill said, “This was a fantastic outcome for the sale of this very unique number plate. The auction received a lot of attention across the UK and there was an electric atmosphere in the auction hall on the night with a great mix of physical, phone and online bids. We are thrilled to have achieved £243,000 for North Yorkshire Police with proceeds being used across two very worthwhile causes.”

AJ1 featured alongside a number of unique entries from police forces, government departments and more, with the auction taking place at Wilsons Auctions’ Belfast branch.