Commissioner sets out plans for police complaints and compliments 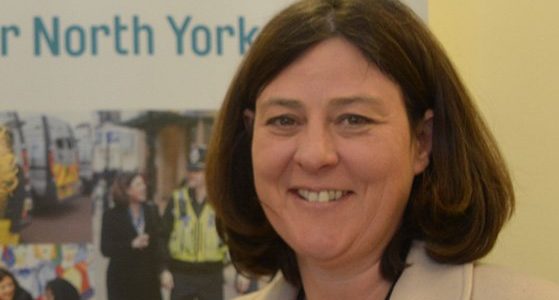 North Yorkshire’s Police, Fire and Crime Commissioner has today published a Decision Notice that will bring changes to the way complaints and compliments about North Yorkshire Police are handled from next year.

New Home Office legislation will bring national changes from next year, something Julia Mulligan has been calling for since being first elected in 2012.

She believes the system as it stands is too complicated, bureaucratic and does very little to encourage individuals or the policing service as an organisation to learn and improve.

Despite good people and good teams working on complaints and compliments, the public still often perceive the current system to be the police marking their own homework – something which doesn’t instil the confidence needed to make the process work as effectively as it should.

In early 2020, new laws will be implemented giving elected Police, Fire and Crime Commissioners more involvement in the complaints and compliments process, as well as the responsibility for most reviews (formerly called appeals). The aim of the change is to ensure there is proper scrutiny of the process from someone directly elected and accountable to those served by the Force.

The definition of a complaint will also broaden from ‘any complaint about the conduct of a person serving with the police’ to ‘any expression of dissatisfaction with a Force’.

Ahead of these changes, North Yorkshire’s Commissioner is setting up a new Complaints and Recognition Team – distinct and independent from North Yorkshire Police – to deal with all non-serious complaints and all compliments. She will also be appointing an independent adjudicator to manage all reviews. Recruitment for these roles is beginning now but it will be at least February next year before the changes come into effect.

Serious complaints, which require an investigation, or complaints which a member of the public want formalised, will still be dealt with by North Yorkshire Police’s Professional Standards Department.

“During my very first week in office in 2012, I met an individual who had been traumatised by the police complaints system. It had a profound impact on him and his family – and did on me as well. I am delighted that after all this time, we are working to put in place a new team, which will seek to resolve problems swiftly and proportionally. It will have a focus on customer service, on learning and improvement, be easily accessible and most importantly, will be independent of the police so that its work is truly objective and fair.

“I also believe there will be improvements for police officers because, at the moment, the system is designed to put the blame on an individual officer. This can lead to lengthy, stressful investigations and officers feeling unfairly penalised. It is far better to stop complaints escalating and for them to be dealt with early and quickly, which is what the new team will endeavour to do.

“All of this brings huge potential to improve the service provided by the police, to develop a culture based on learning rather than blame, and to ensure the public can have confidence that their complaints will be dealt with objectively and swiftly.”

“These changes to our complaints handling are in line with changes in legislation set to come into force next year. It’s important that we learn from situations where our service falls short, and that members of the public are satisfied with the handling of any complaints. Likewise it’s very much appreciated when members of the public take the time to complement our officers and staff when they receive good service.

“It’s also important to note that the most serious misconduct matters will still be dealt with by our Professional Standards Department, and where appropriate the Independent Office for Police Conduct.”

While the new team is fully costed and budgeted for, part of the review of the team in six months’ time will include an assessment of potential savings the team has made in other departments.

It is expected the work the new team will do will save time and effort in other departments in dealing with low level complaints and compliments, but this will not be understood until the team has been in place for some time and new processes and procedures are embedded.