It is estimated that more than seven in ten cases before the family courts have domestic abuse as a factor and now key partners and organisations from across North Yorkshire are coming together to ensure survivors, and their children, are treated more fairly by a system which is meant to support them.

North Yorkshire’s Police, Fire and Crime Commissioner published a report in March which looked at what was happening, assessed the processes involved and examined what could be done to improve the situation for those in need of help. 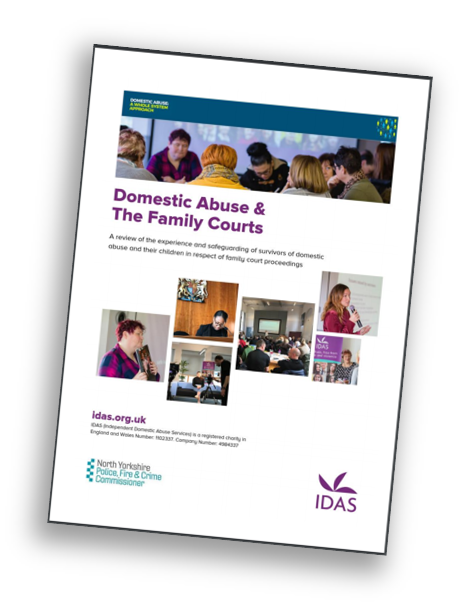 It has now been sent to the Justice Minister, Alex Chalk MP, with a request for urgent action to address the points raised. Last month, proposed reforms to the family court were set out by the government but Julia Mulligan wants to ensure these meet the challenges posed by this report.

A roundtable to discuss the study and the proposals, which was postponed due to the coronavirus pandemic, is to take place as a virtual event on Tuesday, 21 July. It will focus on the next steps which are needed, which will be particularly important as we assess the impact of the lockdown on families at risk.

“I welcome the government’s proposed reforms of the family courts so we can better protect victims and survivors of domestic abuse and their children, but I want to ensure they fully address the situation we face here in North Yorkshire and York.

“The report on the challenges here makes for stark reading and it is right that now the organisations and partners who can make a difference come together to discuss what it found and what can be done to improve the support offered in the future.

“I look forward to an open and constructive conversation about how we can collectively get better – here in North Yorkshire as well as more widely.”

The research was carried out by the Independent Domestic Abuse Services (IDAS), the largest specialist domestic abuse service in Yorkshire, and found that while there are good people with good intentions working day-in, day-out to help survivors, all too often the system itself is causing trauma and stress and forcing them back into close proximity with their abusers, after they have taken the difficult and brave step of leaving abusive partners.

It used a range of evidence from victims and survivors themselves, plus support workers, mediators, policing, Cafcass, the judiciary and others.

The report found that:

A series of recommendations – some national, some local – are put forward in three themes:

More support for people attending court, including Legal Aid and Litigants in Person

The full report can be read at www.northyorkshire-pfcc.gov.uk/familycourtsreport