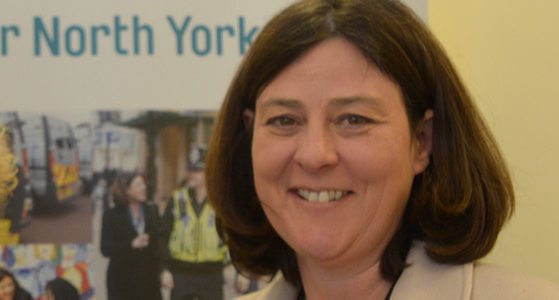 North Yorkshire’s Police and Crime Commissioner, Julia Mulligan, today called on residents to give her their views on how much they think they should pay towards policing next year.

Some 55 per cent of North Yorkshire Police’s funding comes from the Government. But the remaining 45 per cent is raised locally and is paid for by residents through their council tax. It is this local funding – called the ‘police precept’ – that Julia wants residents’ views on. 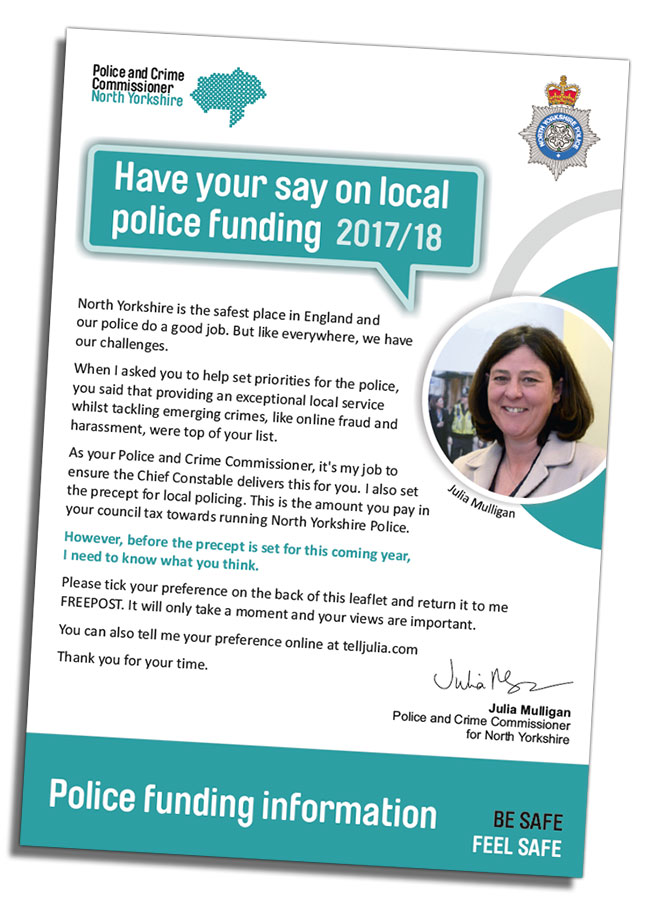 “North Yorkshire is the safest place in England and our police do a good job. But like everywhere, we have our challenges.

“When I asked the public to help set priorities for the police, they said that providing an exceptional local service whilst tackling emerging crimes, like online fraud and harassment, was on top of their list.

“As your Police and Crime Commissioner, it’s my job to ensure the Chief Constable delivers this for you. I also set the precept for local policing. This is the amount you pay in your council tax towards running North Yorkshire Police.

“However, before the precept is set for this coming year, I need to know what you think.

“I have also produced a leaflet explaining the decisions available which will be available in libraries and police stations in the new year.”

The deadline for comments is 11 January.

The options people can choose from are:

To make your choice heard:

You can also have your say by:

Find out more about the police precept