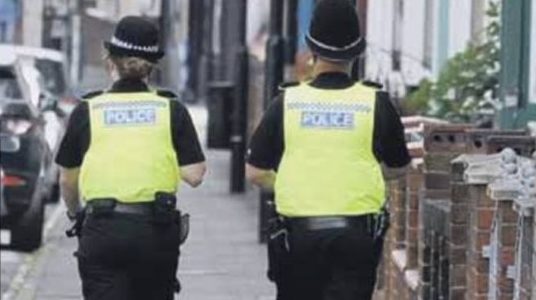 On these pages last week, former North Yorkshire Police officer GP Taylor asked some fair questions about the state of policing, the need to get more officers on our streets and the importance of reducing the burden of paperwork. His conclusion was that a merged Yorkshire force was part of the solution. I do not agree. 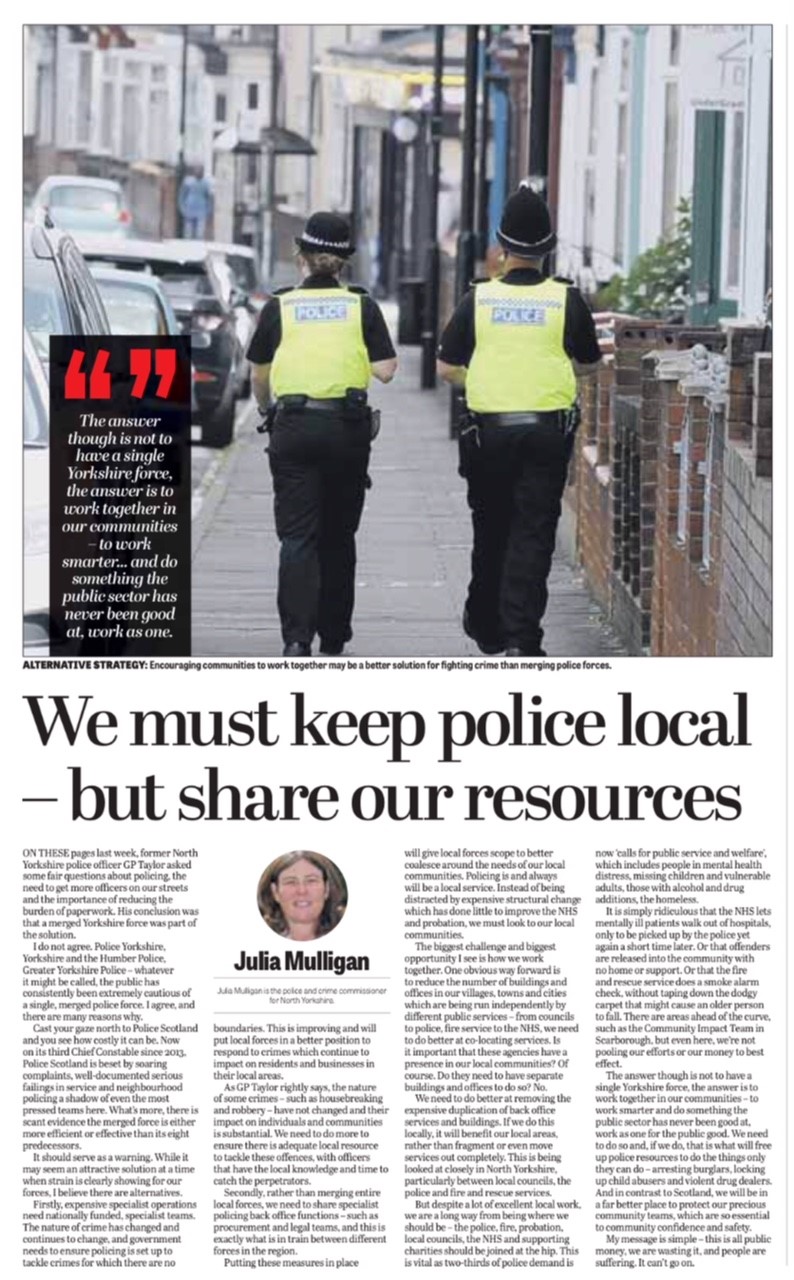 Police Yorkshire, Yorkshire and the Humber Police, Greater Yorkshire Police – whatever it might be called, the public has consistently been extremely cautious of a single, merged police force. I agree, and there are many reasons why. Cast your gaze north to Police Scotland and you see how costly it can be. Now on its third Chief Constable since 2013, Police Scotland is beset by soaring complaints, well-documented serious failings in service and neighbourhood policing a shadow of even the most pressed teams here. What’s more, academics agree that there is scant evidence the merged force is either more efficient or effective than its eight predecessors.

It should serve as a warning. While it may seem an attractive solution at a time when strain is clearly showing for our forces, I believe there are alternatives which provide for a much better answer to the very reasonable question of what we should do.

Firstly, expensive specialist operations need nationally funded, specialist teams. The nature of crime has changed and continues to change, and government needs to ensure policing is set up to tackle crimes for which there are no boundaries. This is improving and will put local forces in a better position to respond to crimes which continue to impact on residents and businesses in their local areas. As GP Taylor rightly says, the nature of some crimes – such as housebreaking and robbery – have not changed and their impact on individuals and communities is substantial. We need to do more to ensure there is adequate local resource to tackle these offences, with officers that have the local knowledge and time to catch the perpetrators.

Secondly, rather than merging entire local forces, we need to share specialist policing back office functions – such as procurement and legal teams, and this is exactly what is in train between different forces in the region.

Putting these measures in place will give local forces scope to better coalesce around the needs of our local communities. Policing is and always will be a local service. Instead of being distracted by expensive structural change which has done little to improve the NHS and probation, we must look to our local communities.

The biggest challenge and biggest opportunity I see is how we work together. One obvious way forward is to reduce the number of buildings and offices in our villages, towns and cities which are being run independently by different public services – from councils to police, fire service to the NHS, we need to do better at co-locating services. Is it important that these agencies have a presence in our local communities? Of course. Do they need to have separate buildings and offices to do so? No. We need to do better at removing the expensive duplication of back office services and buildings. If we do this locally, it will benefit our local areas, rather than fragment or even move services out of area completely. This is being looked at closely in North Yorkshire, particularly between local councils, the police and fire and rescue services.

But despite a lot of excellent local work, we are a long way from being where we should be – the police, fire, probation, local councils, the NHS and supporting charities should be joined at the hip. This is vital as two thirds of police demand is now ‘calls for public service and welfare’, which includes people in mental health distress, missing children and vulnerable adults, those with alcohol and drug additions, the homeless.

It is simply ridiculous that the NHS lets mentally ill patients walk out of hospitals, only to be picked up by the police yet again, a short time later. Or that offenders are released into the community with no home or support. Or that the fire and rescue service does a smoke alarm check, without taping down the dodgy carpet that might cause an older person to fall. There are areas ahead of the curve, such as the Community Impact Team in Scarborough, but even here, we’re not pooling our efforts or our money to best effect.

The answer though is not to have a single Yorkshire force, the answer is to work together in our communities – to work smarter and do something the public sector has never been good at, work as one for the public good. We need to do so and, if we do, that is what will free up police resources to do the things only they can do – arresting burglars, locking up child abusers and violent drug dealers. And in contrast to Scotland, we will be in a far better place to protect our precious community teams, which are so essential to community confidence and safety.

My message is simple – this is all public money, we are wasting it, and people are suffering. It can’t go on.