City partners come together to agree a series of actions to support York and its night-time economy as part of its Purple Flag accreditation.

Among the actions agreed by the partnership were to continue to work together to address anti-social behaviour, particularly in the run-up to the festive season, and to continue to promote York as a safe place to visit.

These actions build on measures renewed earlier this year to help protect the city centre and nearby residential areas from alcohol-related anti-social behaviour.

Following 2 separate consultations in February this year, over 90% of respondents agreed to the reintroduction of powers to address groups drinking and being anti-social.

“I am thrilled that York continues to be recognised as a Purple Flag city as we plan for new ways to keep residents safe, and feeling safe this autumn and winter.

“The root causes of many problems go beyond policing and York’s Purple Flag is an example of how ongoing collaboration between local partners can help to tackle, prevent and solve issues such as anti-social behaviour and, ultimately, make our streets safer for everyone.”

“We value the city’s Purple Flag which reflects that York is a secure and vibrant location for residents and visitors alike.”

“With city partners, we want to continue to improve on our night-time economy, including addressing anti-social behaviour with the police and building on our city’s outstanding reputation.”

The Purple Flag is an international accreditation awarded by the Association of Town and City Management (ATCM), similar to the Green Flag award for parks and the Blue Flag for beaches.

The Purple Flag scheme aims to help create safe and thriving locations at night for visitors and residents, that offer an entertaining, easy to access, diverse, safe and enjoyable night out. 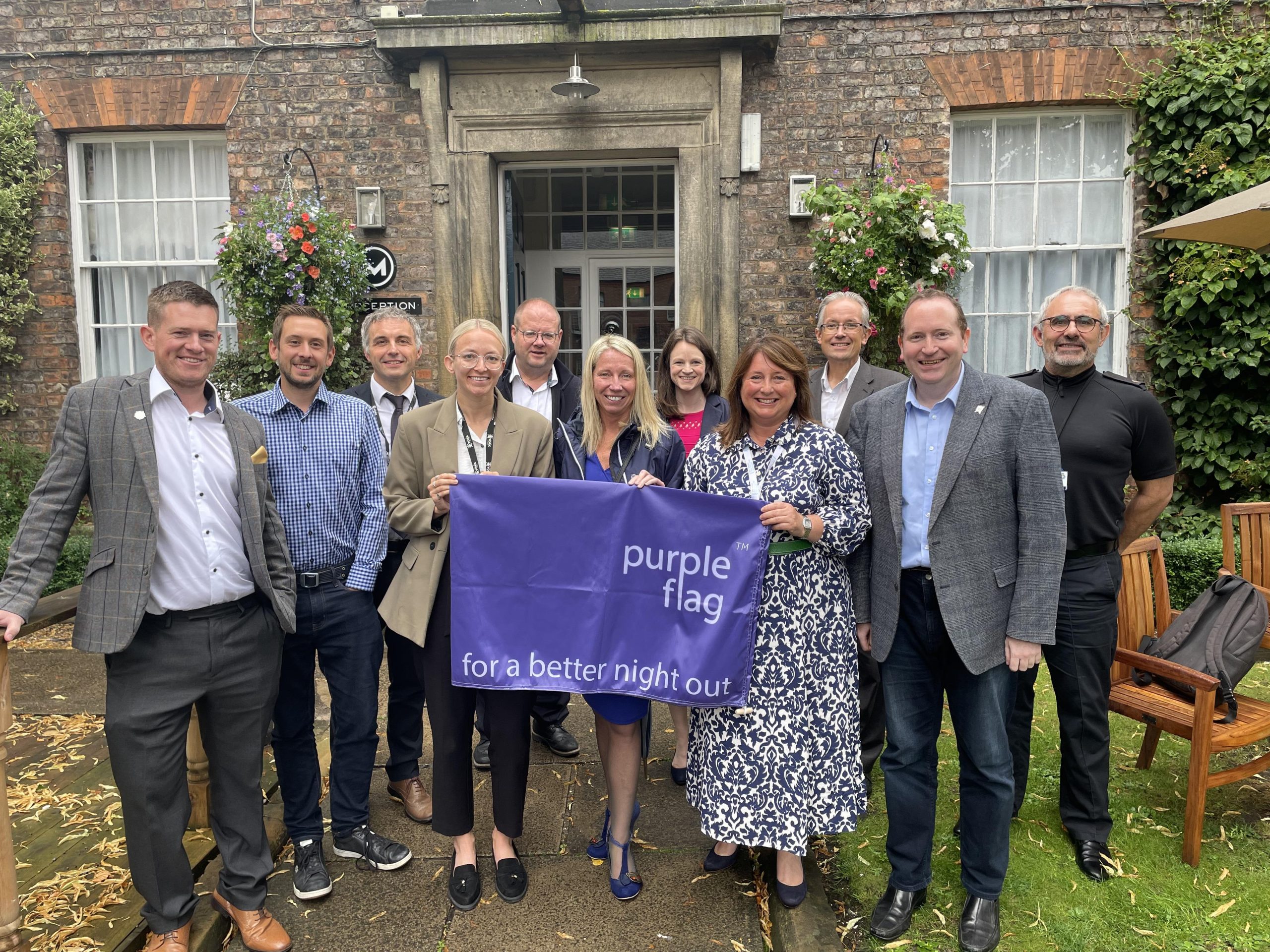 Left to right are pictured: