The report is an assessment of the progress made against the 2013 – 2016 Police and Crime Plan, which was drawn up in consultation with residents and reflects the changing demands being made on the service.

The publication outlines the performance of North Yorkshire Police for 2016/17 including crime statistics, case studies highlighting successful projects, details of how funding has been allocated and spent. This includes the Ministry of Justice funded services commissioned to support victims and witnesses of crime.

It includes progress made against the four policing priorities, to; protect vulnerable people, cut crime and anti-social behaviour, prevention and early intervention, and improve victim care. And the three corporate priorities; transforming the organisation, people first, and partnerships and commissioning.

Julia said: “I am very pleased to present my annual report for 2016/17. Policing continued to evolve both in North Yorkshire and across the country last year.  The demands on our police service are changing, now much more focused on complex crimes like sexual abuse and fraud, with protecting and caring for vulnerable people the cornerstone of a modern police force.

“Sadly, terrorism has been another feature of the year. Alongside that, police finances are still challenging, and demand for policing is rising. Notwithstanding, we have continued to make very good progress in North Yorkshire into becoming a 21st century police service.

“The work we have done during 2016/17 with health partners, and especially on mental health, stands out, as does the work on cybercrime and digital forensics, which is one part of our significant investment in IT. I am also pleased to say North Yorkshire started and finished the year as the safest place in England.

“Significant progress was made throughout the year, and my thanks go to all staff, PCSOs, volunteers and police officers who have worked extremely hard towards the police and crime plan objectives.  They have continued to do their job professionally, courageously and with compassion.”

Some of the headline achievements for the year include:

Julia added: “I am always available to support residents and businesses based in North Yorkshire, and if anyone would like to come and speak to me at a surgery, or like me to visit their community group, please get in touch via my website.” 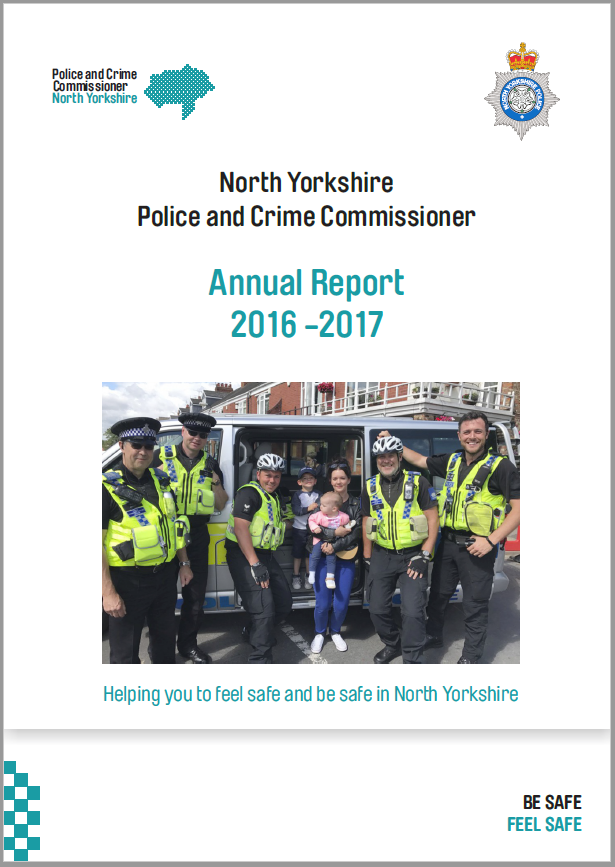