Consultation closed on 13 January 2022.
How much are you willing to pay for your Police and Fire & Rescue Service?
Click here to start the survey

On Monday 13 December, Zoë Metcalfe, North Yorkshire’s newly elected Police Fire and Crime Commissioner launched her consultation to gather the public’s views on how much they are willing to pay in their council tax for North Yorkshire Police and North Yorkshire Fire and Rescue Service.

The consultation consists of an open, online survey which all residents are encouraged to complete and a representative sample of 1,000 telephone interviews.

Zoë Metcalfe, your elected Police, Fire and Crime Commissioner, is responsible for setting the local ‘precepts’ for Police and Fire and Rescue in North Yorkshire and City of York.

Your council tax bill shows a breakdown for the proportion of council tax paid to the Police Service and separately, the Fire and Rescue Service. This element is known as the ‘precept’ and is the amount you pay to fund these services through your council tax.

The two services have distinct finances and funding and the precept for one cannot fund the other.

Before setting the levels of precept, Zoë would like to know your views on possible options.

Last year, in light of the financial impact of Covid, the Commissioner set a 1.99% increase which covered the rate of inflation but didn’t allow for any additional investment in policing services.

Money raised beyond paying for inflation will be invested in enhancing services to support victims of violent crime, particularly women and girls, and in services to tackle the root causes of harm and offending behaviour.

It will also contribute to additional training, equipment and support for new Police Officers recruited to North Yorkshire Police through the national Policing Uplift Programme.

The following options are based on an average Band D property currently paying £271.06 each year for policing.

How much do I pay now for the Police Precept?

What do I pay now and what would an increase of £10, which is 3.7% for an average Band D property, mean to me?

Last year, the precept cap was below inflation making it difficult to maintain current service delivery and did not allow for any investment. We’ve made significant savings to protect frontline services, but new financial pressures, such as unfunded pay increases, mean we are now forecasting an annual £1 million budget deficit for the next 4 years which is not sustainable.

This year, the Government is likely to cap the fire and rescue precept at 1.99% which is a maximum increase of £1.47 per year for an average Band D property.

This will again be below inflation, meaning a cut to the Fire Service’s budget.

The Commissioner is making the case to Government for precept flexibility for Fire, which the public have supported in previous years, but we want to know whether you continue to support that.

An increase beyond the 1.99% cap, would help remove the budget deficit and allow investment in our on-call firefighters to improve how often your on-call fire engines are available, and in our fire engines and fire stations to ensure our equipment and facilities are fit for purpose.

The following options are based on an average Band D property currently paying £74.14 each year for Fire and Rescue.

How much do I pay now for the Fire and Rescue Precept? 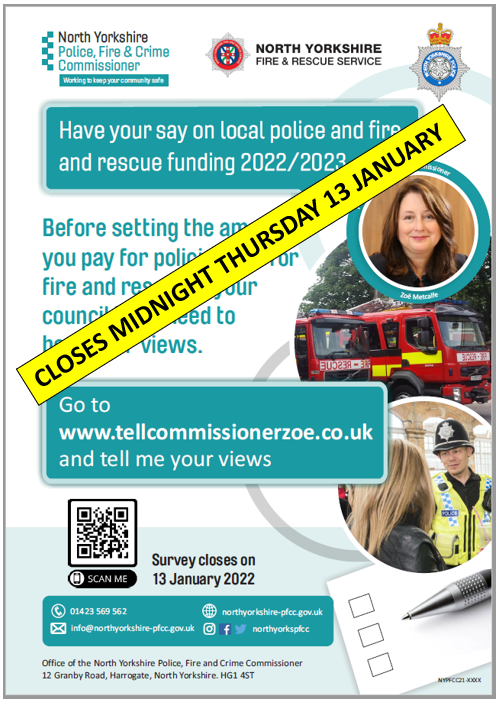